This four-part blog series will highlight the crucial role that the modern data center plays in today’s constantly evolving enterprise networks with their myriad transport protocols and interconnections to the internet, cloud services, and various endpoints. It will specifically discuss the impact of SDN and Cloud On-Ramp technologies on the enterprise WAN.

In trying to better understand the role of the modern data center in today’s enterprise networks, we believe it’s necessary to explain some of the technological evolution that has taken place in the past decade. It began with a paradigm shift in the computer networking architecture model, when the concept of Software-Defined Networking or SDN was introduced. SDN’s discerning feature was its ability to separate the data plane from the control plane in networking hardware, such as routers and switches, which constitute some of the critical components in a data center.

SDN basically decoupled the network control function from the hardware and implemented it in software, while data plane functionality continued to reside in the networking hardware. SDN’s implementation of the control plane in software on an independent server empowered the network administrator to have flexible control of the network and consequently deliver more efficient network usage. SDN liberated the network administrator to manage traffic from a simple, graphical user interface on a remote central console without having to be bothered by physically changing connections and settings on routers and switches.

As seen in the diagram, the SDN controller has two main application programming interfaces or APIs. The Southbound API relays information to the switches and routers below it in the networking infrastructure stack and the Northbound API communicates with the business applications above it. The SDN controller thus allows a network administrator to change network rules on the fly, dynamically prioritize traffic based on applications and usage, and even block certain traffic as and when required.

It’s important to understand the key role that SDN plays in modern data centers, which usually host multi-tenant colocation clients and cloud services providers. A data center’s ability to control and manage assorted network traffic utilizing SDN, which is typically implemented via SD-WANs or Software-Defined Wide Area Networks, has not only been significantly enhanced but also streamlined. SDN has also helped reduce the cost structure of data centers because it now allows them to implement cheaper commodity networking hardware.

Finally, we would be remiss if we did not mention the concept of the software-defined data center (SDDC) or virtual data center (VDC). What SDN has done for computer networks, SDDC/VDC is doing for data centers. SDDC is an enterprise-class data center that implements virtualization techniques. Virtualization is the ability to simulate hardware resources in software. All of the simulated hardware functionality is replicated as a “virtual instance” and operates exactly as the hardware would. SDDC primarily enables virtualizing physical servers, storage, networking and other infrastructure devices and equipment in a data center.

In Part 2 of this series, we will expound more on SD-WAN and some of the myths associated with it. We will also address how data center choices impact SD-WAN factors like network costs, cloud migration and global enterprise expansion. But needless to say, SDN has forever changed the enterprise networking world for the better.

Mission Critical IT and Hospitals: Why Compete for Campus Resources? 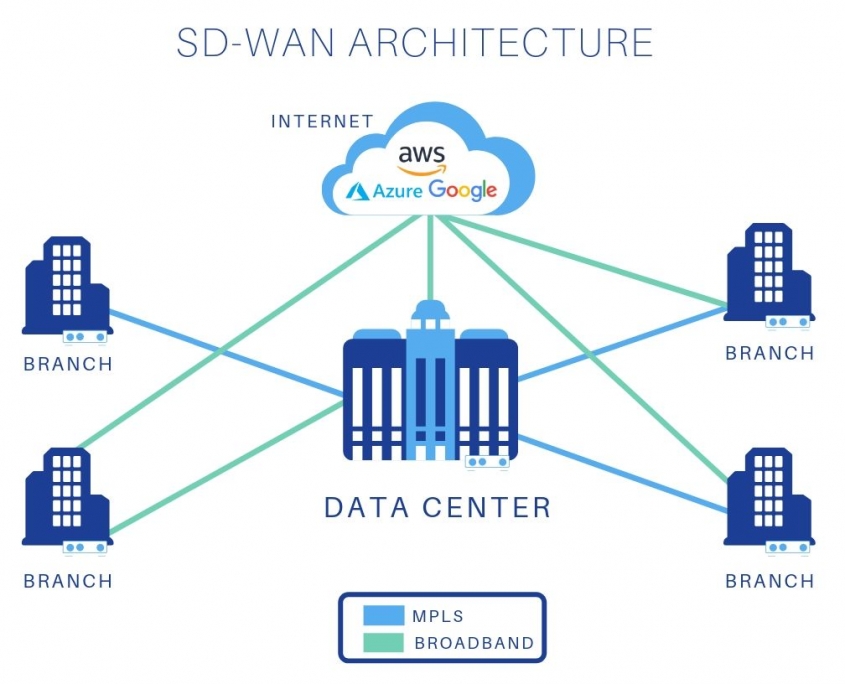