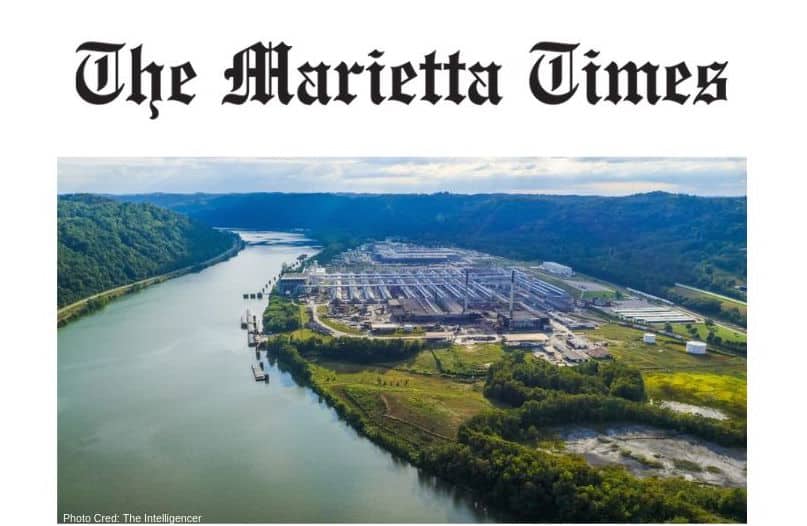 Monroe County will be getting an influx of jobs thanks to the upcoming data center campus for DP Facilities Inc. The data center will be built on the site of the former Ormet Aluminum plant in Hannibal.

This is really the second large-scale project for the property in the last few months,” said Jason Hamman, Monroe County economic development consultant. “All along, we’ve tried to attract other development, whether industrial or a high-tech facility.”

The data center’s facility will be located next to the Long Ridge Energy Terminal, which is 485 megawatt natural gas-fired power plant that recently broke ground.

Hamman said having the power available at an economic cost and the site’s “relative lack of being prone to an adverse weather or natural disaster” makes the Hannibal location perfect for the data center.

“Data centers are typically not located in places where there will be tornadoes, hurricanes, floods or earthquakes,” he added.

The facility will be used by commercial, government and highly regulated tenants who need security and power for their data.

Kathleen Fowler, spokesperson for DP Facilities, said approximately 300 construction jobs will be added once the civil design and engineering phase of the project is finished. Once the facility is built, 40 to 50 permanent, high-paying jobs will be available.

“Our goal is to hire and train locally by attracting workers who are willing and able to be retrained for employment in our facilities,” she said through email. “Among some of the initial hires will be those with experience in information technology, electrical, HVAC, mechanical, administrative, facility and security.”

She said when the company developed their Mineral Gap Data Center in Wise, W.Va., they hired former coal miners and transformed them into data center technicians.

“We are passionate about economic development in areas that need a lift, that need a path to new prosperity after a legacy industry has dried up or moved out,” she added.

Hamman said he was pleased the company is bringing jobs to Monroe County.

“The job numbers that are cited are great and are typically high paying jobs. That’s a blessing to not only Monroe County, but Southeast Ohio,” he said. “The power plant will have roughly 20 full-time jobs.”

He said having anchor projects to redevelop the site will be attractive to lure other businesses.

“Without the power plant, this project does not happen,” he explained. “The power plant takes up 20 acres. This will take up 30 acres and there are still a few hundred acres to further develop.”

It isn’t just the jobs that Hamman is excited about, it’s also the investment into the county.

The data center is ideal for “hyperscale companies” because they face the demand for abundant, low-cost power. Once it is built, it will be one of the most low-cost and powerful data centers in the U.S., Fowler said.

Data Centers Give Boost to Economy in Hannibal